'A freelancer’s perspective on IATEFL' By Julie Moore

A freelancer in the gig economy 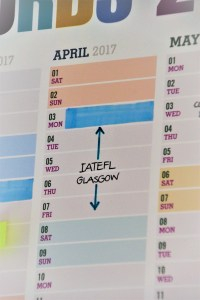 I started my career some 25 years ago as an EFL teacher, working in private language schools in Greece, the Czech Republic and the UK, but for the past 17 years or so, I’ve been a self-employed, freelance writer. I started out as primarily a lexicographer, working on learner’s dictionaries, then I branched out into writing different kinds of materials, from workbooks to coursebooks, General English to EAP. I work from home as part of what’s now known as the gig economy, picking up writing projects from different ELT publishers. Sometimes a project might be just a few days’ work, sometimes it can go on for six months or more. I’ve generally got at least a couple of things on the go at the same time, often one larger project with shorter jobs fitted in around it. It’s a constant juggling act, especially as work often appears at short notice making it difficult to plan very far ahead. One constant amidst the uncertainty of the freelance lifestyle though has always been IATEFL, and especially the annual conference. It’s one of the few things I can write on my wall-planner and look forward to at the start of every year.

My first IATEFL conference was in Edinburgh back in 1999. That year, I got chatting to Mario Rinvolucri on a shuttle bus and he asked me to write an article, my first to be published, in Humanising Language Teaching. The following year in Dublin, I gave my first IATEFL presentation. I’ve only missed a handful since, presenting at many of them on behalf of different publishers. As a self-employed freelancer, any kind of professional development or career advancement is down to you; there’s no in-house training or promotion to apply for. When I started out, in a pre-social-media era, opportunities to interact with other ELT folks, both publishers and other freelancers, were largely restricted to the IATEFL conference. It was the one time in the year you could get away from your desk to network, find out what was new and who was doing what. I’ve lost track of how many projects have come either directly or indirectly as a result of encounters at IATEFL. Several times, I’ve found myself sitting next to someone from a publisher during a session, got chatting as part of a ‘talk to your neighbour’ prompt, gone off topic and ended up going for a coffee and discussing potential work.

Until recently, I’d never really got involved with the SIGs [Special Interest Groups]. Because I don’t work exclusively in one area, there wasn’t a particular SIG that I gravitated towards and as someone not regularly involved in classroom teaching, I didn’t always feel like I fitted in. Then a few years ago, the Materials Writing SIG (MaWSIG) started and brought together lots of the people I already knew and introduced me to lots of new people too. MaWSIG changed my relationship with IATEFL from being a general way to keep up with the ELT world to something much more focused around my specific needs and interests. I still love the variety of the main conference, but the MaWSIG Pre-Conference Events (PCEs) and other events scratch itches I never even knew I had.

Despite a quarter of a century now in the ELT industry, I still pick up new ideas from almost every event. Here are just three examples that have stuck in my mind:

So, I’m already booked for this year’s conference in Glasgow. I’ll be looking forward to catching up with old pals, meeting new people and continuing to develop myself professionally as I move into my second quarter-century in ELT. 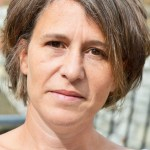 Julie is a freelance ELT writer based in Bristol in the UK. As well as writing, she gives regular talks and workshops at conferences and teacher training events. She tweets as @lexicojules and blogs about all things ELT as well about her working life as a freelancer.