Distance or face-to-face learning, which should we adopt?

After a little more than two years of the sudden shift to online teaching, our department decided that we adopt a hybrid approach to teaching, which meant that part of the program is taught face-to-face. I was a little hesitant before I went to my first on campus class. I had to dress appropriately, ensure that I had all I needed for my class: laptop, HDMI adapter, white board marker, coffee mug… I felt a little awkward at the beginning of the lesson, I only knew the names of  those students who usually had a picture on their Zoom profile. It wasn’t appropriate on my sixth week of teaching not to be able to call students by their names. In distance learning, I was more in command; I could see each student’s full name on my screen.

I decided against group work in that first face-to-face session. I didn’t feel comfortable breaking students into groups. I thought of how malleable it was to assign students into breakout rooms where I could decide if they choose their own groups or I assign them to random groups. Definitely in the coming sessions, I will have group work, but not now. Projecting my carefully prepared PowerPoint was another issue. Where is the cable? The remote control? The screen to project my laptop on was too high. I had to ask a student to pull it down because by no means could  I reach it. I made the joke asking students if, seeing their instructors through Zoom only, they thought they were taller than they were in reality. I lost many of the PowerPoint controls I usually saw on my screen. It took me a while to find them by hovering the mouse over the lower part of the screen. A student asked me if I could enlarge the print so that it could be seen easily. Again, I had to figure out how to do something I usually did automatically. Navigating among webpages, videos, and different documents was so easy in my online class. Now I had to configure the wi-fi settings on my computer to access the internet. Umm. I forgot to do that before entering class. A student offered  wi-fi hotspot so that I could connect to the Internet as mine would not work on my laptop. That took quite a few minutes.

To take attendance, I had been taking it in the online class through a Google Form Exit Ticket where students were considered attending after responding to a question that summarized the lesson and another where the students assessed their learning on a scale from 1 to 5. No matter how large the class was, attendance was taken in no time as all the students completed the Google Form simultaneously. Now I had to do it manually and call the names of the students one by one. It was a little time-consuming.

This was how I compared distance teaching to face-to-face teaching. But the students’ story was different. I asked them to reflect on both experiences. They had positive perceptions of in-person classes. I could see the excitement on their faces and feel it in their voices. They were all smiley  and happy. Very appreciative. Very interactive. Very attentive to every word said in class as though expressing their gratitude to be in class again. We had a short reflective talk comparing online classes to face-to-face classes. The majority affirmed that they benefited more from face-to-face classroom discussions and that they were more focused on what was going on in (the) class. Although it was more comfortable for them to be at home, the home environment had many distractors. In a face-to-face lesson, they were better able to take cues on when it was appropriate to ask a question or participate in a discussion. In addition, some expressed that they could no longer bear the isolation from friends. They did not want to graduate not knowing how being in the physical learning environment felt like.

Still there were very few who were happy to have had the opportunity to continue their education online because otherwise they would have had to stop their education. Among those were students who had a full-time job or a job that did not allow flexible timing. Mothers and those who were out of the country were also at a disadvantage when it came to pursuing their degrees. Moreover, as many countries are struggling financially and inflation has been at unprecedented rates, commuting to schools and universities is costly especially for those living in remote areas.

Students’ experience during their learning matters a lot. Often, as educators, we focus on our experiences as teachers when assessing the success of a new method or technique. We need to keep in mind that teaching is not about a show that we display in the presence of our students, rather we need to be aware of what students experience and how they learn. The experiences learners go through impact not only their learning but also their mental well-being. Having experienced distance learning for a little more than two years now, and not being far from teaching fully in-person, this is the ideal time to think of a teaching/learning model that combines the merits of distance learning and face-to-face learning. A model that brings out the best of teachers and accommodates to the students needs and learning styles. 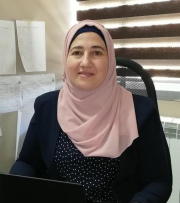 Amal is an assistant professor at Lebanese International University, an educational counselor at the Lebanese Ministry of Education and Higher Education, and the educational consultant at Rawafid School.

If you are a member of IATEFL and would like to contribute to the blog, we’d love to hear from you at [email protected]. We’re looking for stories from our members, news about projects you’ve been involved in, and anything else you think those connected to English language teaching would be interested in reading. We look forward to hearing from you! If you’re not a member, why not join us?