The Bangladesh English Language Teachers Association (BELTA) is a registered non-profit professional forum for ELT practitioners in Bangladesh, a country in South Asia, small in size but with a massive population. BELTA was first established in 1984 and was an active forum for more than a decade when it provided a robust direction to the English Language teaching community, particularly at the regional level.

Unfortunately, during the nineties BELTA remained dormant but, in September 2003, after a spate of strong lobbying by a number of forward-looking English language teachers, it was officially revived and an ad-hoc committee was formed before an elected Executive body took over. Since then, BELTA has not looked back. It now has a membership of nearly 2500 with thirteen regional chapters besides two SIGs – Young Learners and Assessment.

BELTA’s mission is to link and support English Language teaching professionals throughout the country and thus contribute to improving teaching/learning and subsequent capacity building of the learners themselves. Its objectives are to assist in developing and empowering English teachers (primary and secondary levels), to facilitate effective communication within the English language teaching community and to enable teachers to network and find their own voice.

In recent years, BELTA has additionally focused on the following:

BELTA has international links with IATEFL, TESOL, AsiaTEFL, JALT, MELTA, SPELT, NELTA and AINET. It has MOUs (memorandum of understanding) with most of them which facilitates one member (sometimes two) from each TA to participate in the annual international conference of the other TAs. In addition, registration is waived and accommodation is also provided. Over the last 25 years, BELTA has actively participated in a number of collaborative projects in the South Asia region. Below I will describe one such project.

A six-day intensive seminar in December 2011, sponsored by the British Council, brought together 30 members of seven South Asian English Language Teachers Associations in Dhaka, Bangladesh. Organized as a retreat in an idyllic location in a lush-green suburb, it brought together TA [Teaching Association] reps from Bangladesh, India, Pakistan, Sri Lanka, Nepal, Afghanistan and Iran. Each TA was represented by four members – a mix of experienced and newer members.

The objective of this seminar was to enable TA participants to share best practices and learn specific skills related to running and extending their associations effectively. In addition, it explored ways of creating stronger links between TAs in the region. The sessions focused on strategic planning, financial management, marketing, fund-raising & sponsorship, promoting transparent succession planning and raising the confidence levels of less experienced members in their volunteer roles. The participants gave joint presentations about their own TAs, and shared success stores and challenges. On the final day, TAs delivered short presentations on the post-seminar projects which they had designed and would be carrying out.

During the seminar, a sub-committee looked into future regional co-operation between the TAs. The following proposals were made:

The longer term success of this seminar needs to be evaluated through the performance and the commitment of the TAs, and the extent to which TA representatives are carrying out their post-workshop projects. With regards to BELTA, we have organised workshops to address issues BELTA had identified as major challenges – ‘Personal Effectiveness’ and ‘Leadership Growth’. BELTA had also identified the challenge of keeping its regional Chapters alive and interested. With this in view, a bilingual Chapter Handbook has been devised, providing realistic and user-friendly guidelines for new Chapters to be mentored and to develop into effective TA entities.

The most significant post-seminar outcome was the Peer Support Review (PSR) that was initiated in Sri Lanka during SLELTA‘s International Conference the following year. Again supported by the British Council, two representatives from among the seven TAs attended – first undertaking training on PSR, then carrying out the actual review and finally giving feedback to the host TA, SLELTA. Simultaneously, the visiting participants represented their respective TAs on a Panel Discussion and presented papers at the SLELTA conference. Similar PSRs were carried out later at other conferences, including during BELTA’s international conference in 2015.

To conclude, although BELTA members all have regular jobs with professional, social and personal commitments, BELTA is fortunate in having a core group of motivated and hard-working individuals who believe in the following: Coming together is a beginning. Keeping together is progress. Working together is success. 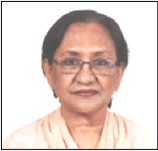 Arifa Rahman, Ph.D, Professor of English Language & Teacher Education, University of Dhaka, Bangladesh, and Immediate Past President, BELTA, is an English language teacher-educator and researcher. She is also an editor, reviewer and educational consultant. With numerous international publications, she has presented widely at national and international conferences. She is passionately involved with BELTA activities. You can contact her on [email protected] and you can also visit BELTA’s website.