Over recent years, empathy has become something of a buzzword. Numerous articles have argued that empathy in individuals is essential to healthy social and emotional functioning, and contributes to the enrichment of civic society and education. However, the concept of empathy, which is a complex construct, is usually not defined clearly and is rarely discussed in depth. In this plenary, we will start by exploring what empathy is, its neurological foundations, and its three main components: cognitive empathy, affective empathy and empathetic concern.

I will draw on general education literature to present what research findings suggest about the role of empathy in education. I will then draw on language education literature and research to support my argument that empathy is particularly important in language education. I will propose that in contemporary language classrooms, which focus on communicative competence, cultural diversity and the centrality of social interactions, positive teacher-learner and learner-learner relationships and positive group dynamics are vital. We will try to determine whether there is an empathy deficit in language teaching and look at hindering factors which may make it challenging to embed a culture of empathy in the profession.

Moving from theory to practice, we will explore how we could explicitly develop empathy as a skill among learners. We will explore how a variety of techniques and approaches from diverse sources such as cognitive behavioural therapy, humanistic education, literature, drama and the visual arts can be used to help to embed a culture of empathy in the language classroom.

In sum, this talk aims to show that empathy is central to successful language learning and to making language teaching a more compassionate and fairer profession.

What got you interested in the field you’re involved in in ELT and what is it about this topic that inspires you?

I’m currently fascinated by the role of empathy in language education. I first became interested in empathy because while teaching older adult learners, I noticed that they seemed to have much higher levels of empathy than younger learners, and I wondered if we were losing empathy and started to investigate. What fascinates and inspires me about empathy is that it’s such a vital skill in contemporary language classrooms, which focus on communicative competence, cultural diversity and the centrality of social interactions, and a skill that can be explicitly developed among learners, teachers, teacher trainers and researchers by a variety of techniques and approaches from diverse sources such as cognitive behavioural therapy, humanistic education, literature, drama and the visual arts.

As our audience is so international, could you mention anything about countries you have lived and/or worked in?

After my initial teacher training course, I worked in a language school in Bournemouth in the UK for a few months. I then worked in Madrid, Spain, for a year and then went back to the UK where I worked for a number of years in a language school in Birmingham which specialised in teaching English to Non-Governmental Organisation workers and volunteers who needed English in their projects. I then worked in Naples and Sardinia in Italy, and in Oporto, Portugal, in small language schools. I’ve lived and taught in Barcelona for the last 24 years. In the last 10 years I’ve also given sessions at conferences and trained teachers in over 20 countries in Europe and Latin America. 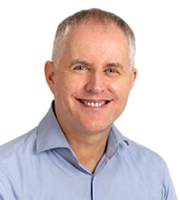 Kieran Donaghy is a freelance writer, conference speaker and trainer. He was a full-time classroom teacher for 30 years and now trains teachers at The School for Training, his small specialist teacher development institute in Barcelona. He also writes books for students and teachers of English as a foreign language. He is the author, co-author and co-editor of several books on the use of images in language education including, Film in Action, How to Write Film and Video Activities and The Image in English Language Teaching. His materials website Film English has won a British Council ELTons Award, the MEDEA Award and an English-Speaking Union Award. Kieran is the founder of the Image Conference and the co-founder of the Visual Arts Circle. He was awarded fellowship of the Royal Society of Arts in 2017. You can find out more about him at his website.